The cost to freeze sperm and why you should do it 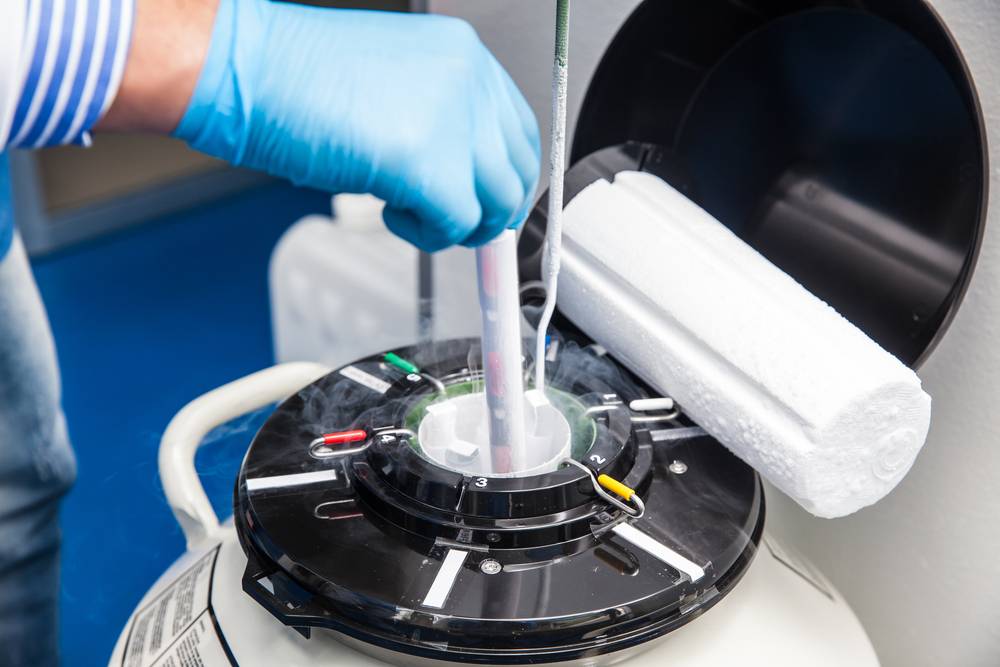 Freezing sperm, also known as semen cryopreservation, has been done since the early 1950s.

Semen cryopreservation has given men all over the world the opportunity to preserve their sperm for future fertility purposes or donate their sperm to people who wish to conceive a child but can’t due to certain circumstances.

Freezing sperm isn’t a simple process and requires processes and freezers to keep the sperm healthy until required for use.

The cost to freeze sperm may set you back £400 per year, and sperm can be preserved for a long time, though UK regulations only allow a maximum of 10 years.

The NHS does, however, offer free sperm storage, but only if you’re suffering from a condition that affects your fertility.

The cost to freeze sperm is not that expensive, so should you consider freezing your sperm?

In the post, we look at some of the reasons why sperm freezing may be a good option to consider.

Cancers are unexpected illnesses that can affect even the healthiest of men. Normally, the most common treatments for cancer are chemotherapy and radiation therapy.

Both these treatments may damage sperm cells and make them unsuitable for conception; in most cases, men who have undergone chemotherapy may need to wait up to 5 years before trying to have a child.

Also, there may be the sad possibility of a man with cancer passing away before they could conceive a child.

By freezing your sperm, you can ensure that there will be healthy sperm available to you in the event you want to conceive a child quickly during or after getting treatment for cancer. Freezing does not cause any damage to the sperm so you can rest assured that they’ll always be perfectly healthy while in storage.

There is nothing wrong with wanting to conceive later in life, it’s normal to want to wait until you are ready to start a family.

That being said, as a person ages, their ability to conceive may decline. This can happen to men just as much as it can to women.

It’s estimated that men over 40 years of age may have fewer healthy sperm as compared to younger men, and the amount of semen they produce will also gradually decline.

By freezing your sperm, you’ll have access to healthy sperm that you can use much later in life when you’re ready to conceive a child. To make sure that your sperm is healthy and strong, consider taking prenatal treatments for men before freezing sperm.

Sometimes men may consider getting a vasectomy, a surgery that involves blocking the sperm ducts to keep the sperm in the testes and prevent it from mixing with the semen. This is technically a form of male birth control.

Vasectomies are extremely effective at preventing pregnancies but they are usually not reversible.

Men who decide to undergo vasectomies may consider trying to have biological children in the future so it is best if they freeze their sperm before undergoing the procedure so that they will have some healthy sperm available for conception if needed.

It should be noted that if you decide to freeze your sperm before getting a vasectomy, due to the UK regulations, you can only have the sperm preserved for 10 years, so speak to a specialist and think hard about this decision.

This is one of the most common reasons to freeze sperm, as men may consider donating them to people looking to conceive a child.

Treatments like IVF can help women conceive in the event they want a child without a partner or if their partner’s sperm is not viable. The need for healthy sperm is always high.

Freezing sperm is something worth doing as it can give someone else the chance to have a family of their own.

The cost to freeze sperm is worth it

Freezing sperm has many benefits and the procedure is worth every penny. It gives you the opportunity to donate your sperm to those who may need it, or keep it stored away safely for the future.

If you are thinking of freezing sperm, visit a fertility clinic for advice and support.